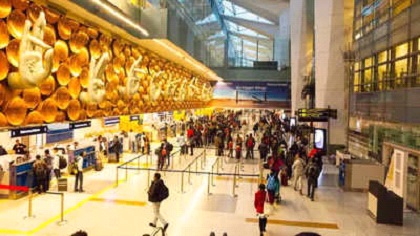 BRUSSELS : The number of foreign nationals acquiring citizenship in Oecd-member countries in 2021 is the highest ever recorded at 23 lakh, based on preliminary and partial data, according to the International Migration Outlook – 2022 Report, which was released in Paris today.
A 20% increase over the previous year, when the citizenship acquisition stood at 19 lakh, is partly due to a reduction in the backlogs of citizenship applications during the Covid-19 pandemic. Very strong increases have been registered in the US, UK, Canada, Norway and Austria. In 2019, before the pandemic caused havoc, the citizenship acquisition numbers in Oecd-member countries had stood at 22 lakh.

Source-country wise figures are not available for 2021. However, Indians continued to remain in the first position in 2020. Over 1.30 lakh Indians acquired citizenship of Oecd-member countries– more than half of which were concentrated in three countries, US (47 000), Canada (15,000) and UK (11,000). Nearly 88,745 Mexicans acquired overseas citizenship – largely of the US.

In 2019, 1.56 lakh Indians obtained citizenship of Oecd-member countries, naturalisation of Indians in the US was (63,500), Canada (31,300), Australia (28,500) and UK (14,700). A comparison between the statistics of 2019 and 2020 show a decline in the number of Indians acquiring foreign citizenship, as the pandemic put on hold processing of citizenship applications and oath ceremonies. The country-wise figures for 2021, when released will show the exact rebound.

Oecd-member countries received 48 lakh new permanent-type immigrants in 2021, a 22% increase relative to 2020, but still more than half a million fewer than in 2019. The United States remained the largest recipient of permanent immigrants in 2021 (8.34 lakh), 43%

more than in 2020, and 19% less than in 2019. In the EU, the upturn in permanent-type migration (up by 15%) was less pronounced. Permanent migration flows do not include temporary labour migration or international students; however they include not only new arrivals of those who are categorised permanent residents, but also in-country changes of status, say from a temporary work visa (say H-1B) to a permanent residence (say a green card).