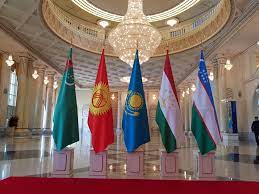 BISHKEK: Prime Minister Shri Narendra Modi will be hosting the first meeting of the India-Central Asia Summit, with the participation of the Presidents of Kazakhstan, Kyrgyz Republic, Tajikistan, Turkmenistan and Uzbekistan, in a virtual format on 27 January 2022. This will be the first engagement of its kind between India and the Central Asian countries at the level of leaders.

The inception of the India-Central Asia Dialogue at Foreign Ministers’ level, the 3rd meeting of which was held in New Delhi from 18-20 December 2021, has provided an impetus to India-Central Asia relations. The participation of the Secretaries of National Security Councils of Central Asian countries in the Regional Security Dialogue on Afghanistan held in New Delhi on 10 November 2021 outlined a common regional approach on Afghanistan.

The Summit is symbolic of the importance attached by the Leaders of India and the Central Asian countries to a comprehensive and enduring India-Central Asia partnership.