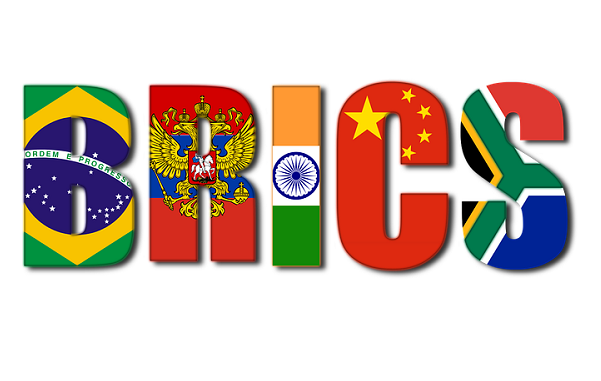 BEIJING : BRICS Sherpas and Sous Sherpas held their fourth and concluding meeting under India’s Chairship during the year 2021, on 15 December 2021. The meeting was chaired by Secretary (CPV&OIA) Shri Sanjay Bhattacharyya as India’s BRICS Sherpa.

The meeting provided an opportunity to review the activities held this year. For its Chairship, India had chosen the theme ‘BRICS@15: Intra BRICS Cooperation for Continuity, Consolidation and Consensus’ with the following priorities – (i) Reform of the Multilateral System; (ii) Counter Terrorism cooperation; (iii) Using Digital and Technological Solutions for attaining SDGs; and (iv) Enhancing People to People exchanges.

The XIII BRICS Summit took place on 9 September 2021 in virtual format. The leaders adopted the Delhi Declaration which reaffirmed their commitment to fight the Covid pandemic, deepened the collaborative efforts of BRICS countries on political-security, economic and cultural fronts and gave new vitality to BRICS.

The BRICS Foreign Ministers in their meeting in June 2021 adopted the Joint Statement on Strengthening and Reforming the Multilateral System to make global governance more responsive and agile, effective, transparent, democratic, representative and accountable to Member States. The revised BRICS Terms of Reference were adopted by Sherpas in September 2021 reiterating their commitment to preserving and further strengthening the consensus-based working methods in BRICS at all levels.

During the year, nearly 150 BRICS meetings and events were organized, of which about 20 were held at Ministerial level. Intra-BRICS cooperation was extended to new areas, such as the inaugural BRICS Digital Health Summit and the 1st Meeting of BRICS Water Ministers.

During the BRICS Sherpas and Sous Sherpas meeting, the BRICS Gavel and Handover Report were passed over to China. China also presented its priorities for its BRICS Chairship which will commence from 1 January 2022.

BRICS partners commended India’s BRICS Chairship in 2021. They appreciated the activities undertaken, despite the constraint of COVID-19 restrictions, which have led to further strengthening of intra-BRICS cooperation while reinforcing the principles of continuity, consolidation, and consensus. They acknowledged that BRICS Strategic Partnership was strengthened during the year for the mutual benefit of our countries and our people. BRICS partners agreed to extend full support to China for its forthcoming BRICS Chairship in 2022. India thanked its BRICS partners for their constructive engagement during its Chairship year, during which BRICS has emerged stronger and more vibrant.