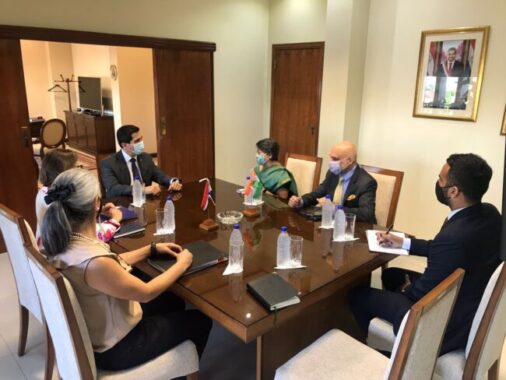 Both sides comprehensively reviewed the entire gamut of their bilateral relations which included high-level exchanges, trade and investment, agriculture, health and pharma. Two sides also discussed ways to strengthen cooperation in cultural and consular matters and exchanged views on management of the pandemic.

Paraguay thanked India for timely supplying Made in India Covaxin vaccines to support its vaccination program. They also appreciated the decision of Government of India to open Resident Mission in Asuncion shortly.

Both sides agreed to celebrate the 60 years of establishment of diplomatic relations between the two countries in 2021 in a befitting manner. Paraguayan side also conveyed their readiness to celebrate 75 years of Indian Independence.

The two sides also exchanged views on regional developments in South Asia and South America. Both sides looked forward to their close coordination at multilateral for including cooperation at the United Nations.