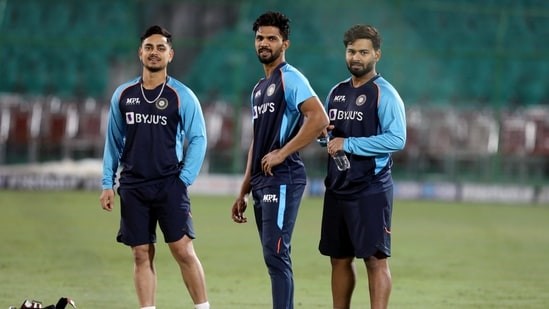 DUBAI: Ishan Kishan has shown with his innings against Sri Lanka in the 1st T20I in Lucknow that he deserves to be in the Indian squad that plays the T20 World Cup later this year in Australia, former India batter Wasim Jaffer has said. Kishan smashed 89 runs off just 56 balls in a match that came after his forgettable outing in the preceding three-match T20I series against the West Indies.

The 23-year-old was expected to play lower down the order with Ruturaj Gaikwad taking the opener’s spot but the latter got injured just before the start of the match.

“He needed that game and he was lucky that Ruturaj got injured just before the match and he got to play. Sri Lanka helped him by bowling short and wide. And I think the Lucknow pitch was an ideal batting pitch even though the ground was big and Sri Lanka bowled him a little wide and short and he made full use of it,” Jaffer said on ESPNCricinfo.

Kishan hit 10 fours and three sixes in his innings which eventually helped India cruise to a 62-run win. “He is a small guy but he packs a solid punch on such a big ground, hits some massive sixes. I think the Indian camp will be very very pleased because they showed a lot of faith in him and he grabbed the opportunity with both hands,” said Jaffer.

“He bats at the top of the order and can also bat at No.3 or No.4. He is a wicketkeeper so that gives you two skillsets. He hits the ball hard and long. So he will definitely be in the scheme of things and I think this knock will prove that he is the guy to take to Australia,” said the former Test opener.